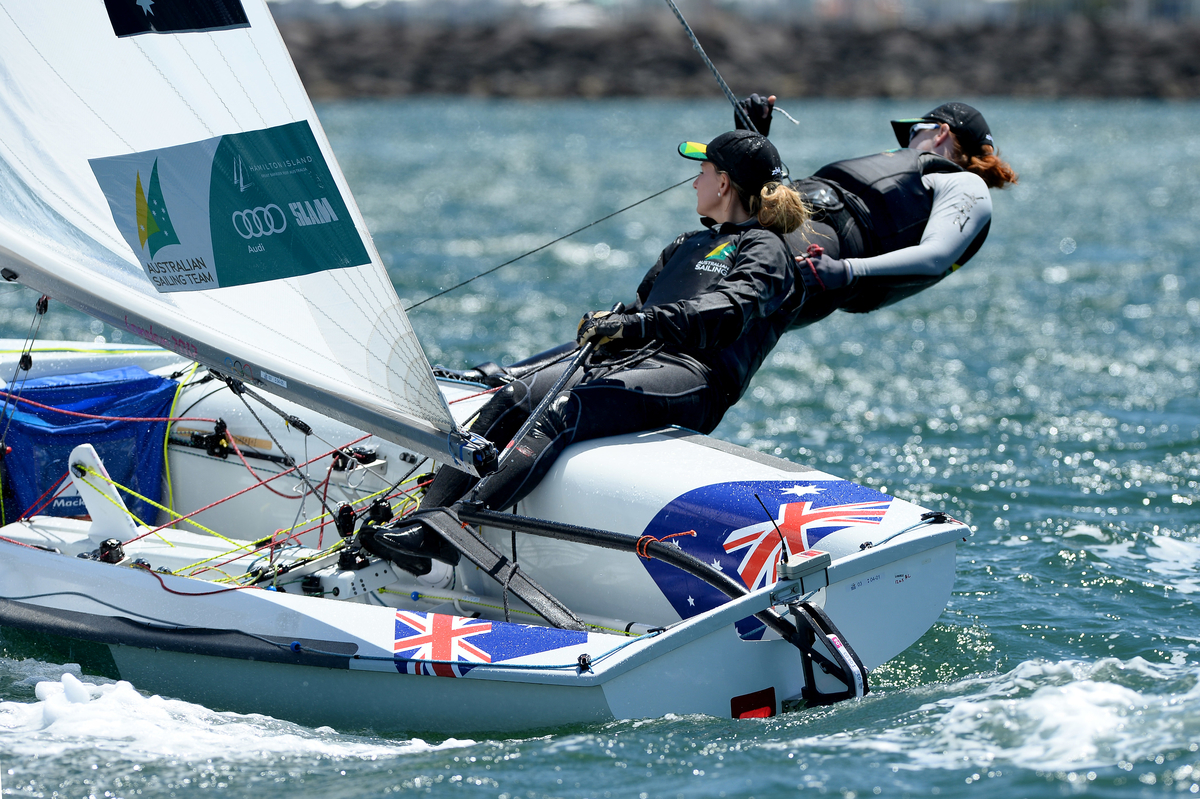 Yachting Australia has entered the full contingent of the AST and ASS, showing their support for the event and giving other competitors a rare opportunity to mix it up on the racetrack with world champions and gold medallists from the last Games.

The Olympic circuit is really starting to heat up with Sandringham Yacht Club staging the Melbourne event off the back of a number of other Olympic class events, including the Santander 2014 ISAF Sailing World Championship in Spain from September 8-21, 2014. Santander is the first Olympic qualification regatta for Rio 2016 and half of the spots for Rio will be decided at the championship. The Australian Sailing Team and Squad will be there in full force.

On his preparation for next month’s Spanish world championship, Queensland based Finn sailor and ASS member Jake Lilley says emphatically “There will be no stone left unturned; no weight left un-lifted, and no wave left un-navigated. For 2014 there is only ONE goal, and that is to qualify for the Rio 2016 Olympics.”

One of Lilley’s stepping stones in his quest to replicate Laser gold medallist Tom Slingsby’s world-beating performance at the last Olympic Games, and break a 40-year medal drought in the Finn class, is the ISAF Sailing World Cup – Melbourne in December.

AST 470 sailor Sarah Cook encourages international sailors to come to Melbourne in December and pit themselves against Australia’s best. “It’s the best time of year for Europeans to come and race in the beautiful Southern Hemisphere summer and escape the cold, long winter. We love coming home to Melbourne and sailing on Port Philip. Sail Melbourne is a great regatta, Melbourne is an awesome city and the event will have Australia’s best sailors competing on home grounds.”

“Having the AST and Squad with several Olympic champions and medallists at the ISAF Sailing World Cup – Melbourne means the regatta will offer the best world sailing has to offer. Melbourne traditionally offers great training and racing conditions and excellent race management.”

The event is offering a 25% discount on entry fees for all entries received before October 1, 2014. Head to the event website to take advantage of this offer.