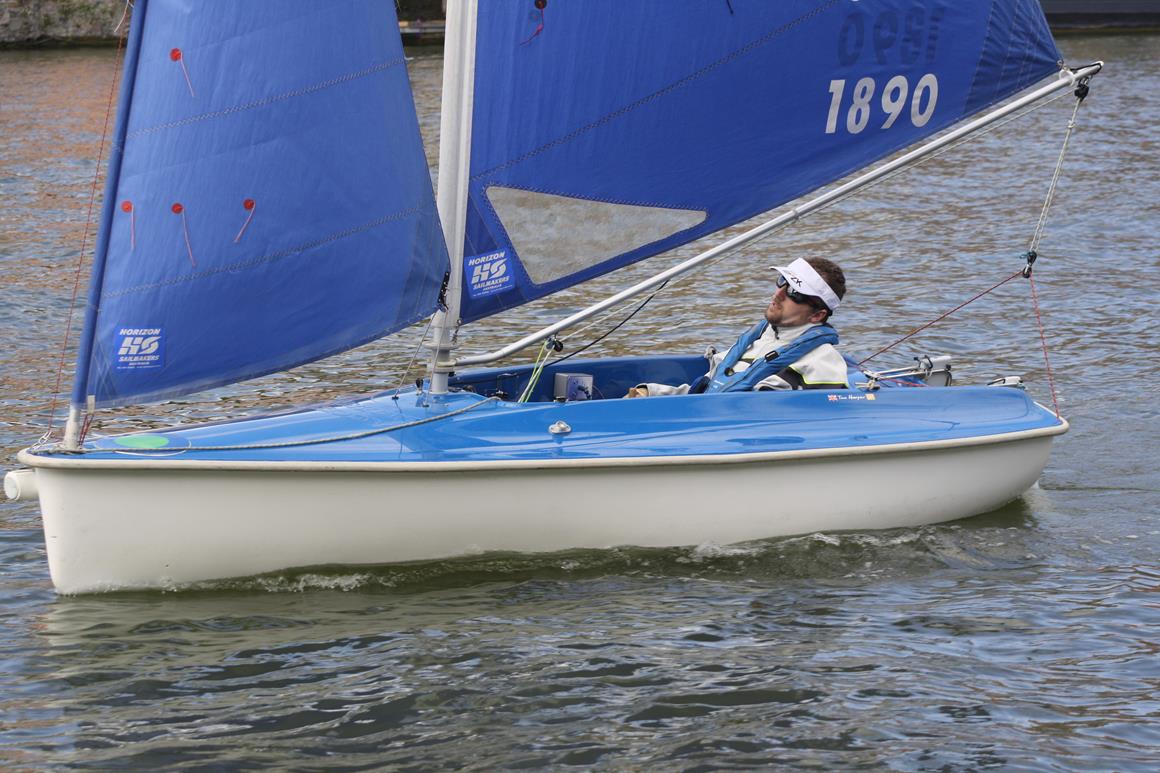 Running parallel to the Olympic and Paralympic class competitions at this year’s ISAF Sailing World Cup – Melbourne, is a racing program for 16 invited classes from kiteboards, to various youth feeder classes and the universally designed; Hansa Liberty class.

The Invited Class program has again proven very popular, with the first official entry for this year’s Melbourne event being received from UK based Hansa Liberty sailor, Tom Harper.

Harper says he’s slightly embarrassed that his was the cup’s first entry, “my reputation for leaving everything to the last minute is in tatters.”

Harper is Melbourne-bound for his first International Association for Disabled Sailing (IFDS) event, mainly because it is one of the few high profile regattas to include the Liberty class. “This is a great decision as the Liberty is pretty unique in its ability to allow for any level of physical disability,” he says.

An accident in 2002 left Harper paralyzed from the shoulders down and changed his life forever. Gone were all the things he loved the most in the world; surfing, snowboarding and cycling. A long period of depression shadowed the Englishman who lives live near Poole in Dorset, in between the main sailing spots on the south coast, The Solent, Weymouth and Portland.

In 2008 he came across sailing for the disabled, discovering it could offer the independence and competitive fulfilment he was craving. “Sailing has definitely developed my confidence and allowed me to feel part of a sport as a full participant. It is the only sport which completely levels the playing field and does not distinguish between able-bodied and disabled.

“I feel proud to be a disabled athlete and the challenge that sailing gives me has given my life focus and meaning. I also have two young children and the ability to do something active as a family is a fantastic proposition for the future.”

Each time Harper leaves the pontoon is a sparkle moment. “To set off with complete independence is totally liberating, and that feeling hasn’t diminished with time. Every time I get in my boat I feel elated to be doing something on my own, without the barriers of my life on land.”

Harper’s career highlights so far including winning a national series in 2012 in the Servo class. His main focus for next year is the Hansa European Championships in the UK and he’s working on developing a new class, “I’ve been involved with the design of RS Sailing’s new Venture Keel and will be developing it as a more integrated solution for disabled sailors.”

It is expected that the number of entries in the Paralympic classes will again continue to grow on previous years, given the announcement that in the week preceding the 2015 ISAF Sailing World Cup – Melbourne, the Royal Yacht Club of Victoria will host the 2015 IFDS World Championships (November 26 – December 3, 2015). Therefore many competitors have expressed their interest to use the 2014 event to gain further exposure to the sailing grounds of Port Phillip.

As a commitment to supporting the growth of the IFDS classes in the region, the event will again be offering onsite IFDS Functional Classification at the 2014 ISAF Sailing World Cup – Melbourne.

The Melbourne leg of the Sailing World Cup, is the second regatta in the six event circuit that begins in Qingdao, China before heading to Miami, USA, Hyeres, France, Weymouth & Portland, Great Britain and finishes with the series Grand Final event to be held in Abu Dhabi, United Arab Emirates.

The invited classes will complete a single four or five day series between Sunday December 7 and Sunday December 14, 2014.
The program for the ten Olympic classes is a six-day opening series culminating in the weekend medal stage, December 13-14, for the top ten teams or individuals.

The Australian Sailing Team (AST) and Squad (ASS) commenced their run to Rio at the Santander 2014 ISAF Sailing World Championships in Spain on Friday September 12, 2014. Both teams are in full force with 27 crews entered in nine out of the ten Olympic classes. Santander 2014 is the first Rio 2016 Olympic Sailing competition qualification regatta with 50% of places awarded based on results in the Spanish city.

Entries for the ISAF Sailing World Cup – Melbourne must be received no later than midnight on October 1, 2014 to qualify for the early entry discount. Midnight on December 2 is the final deadline for entry submission.