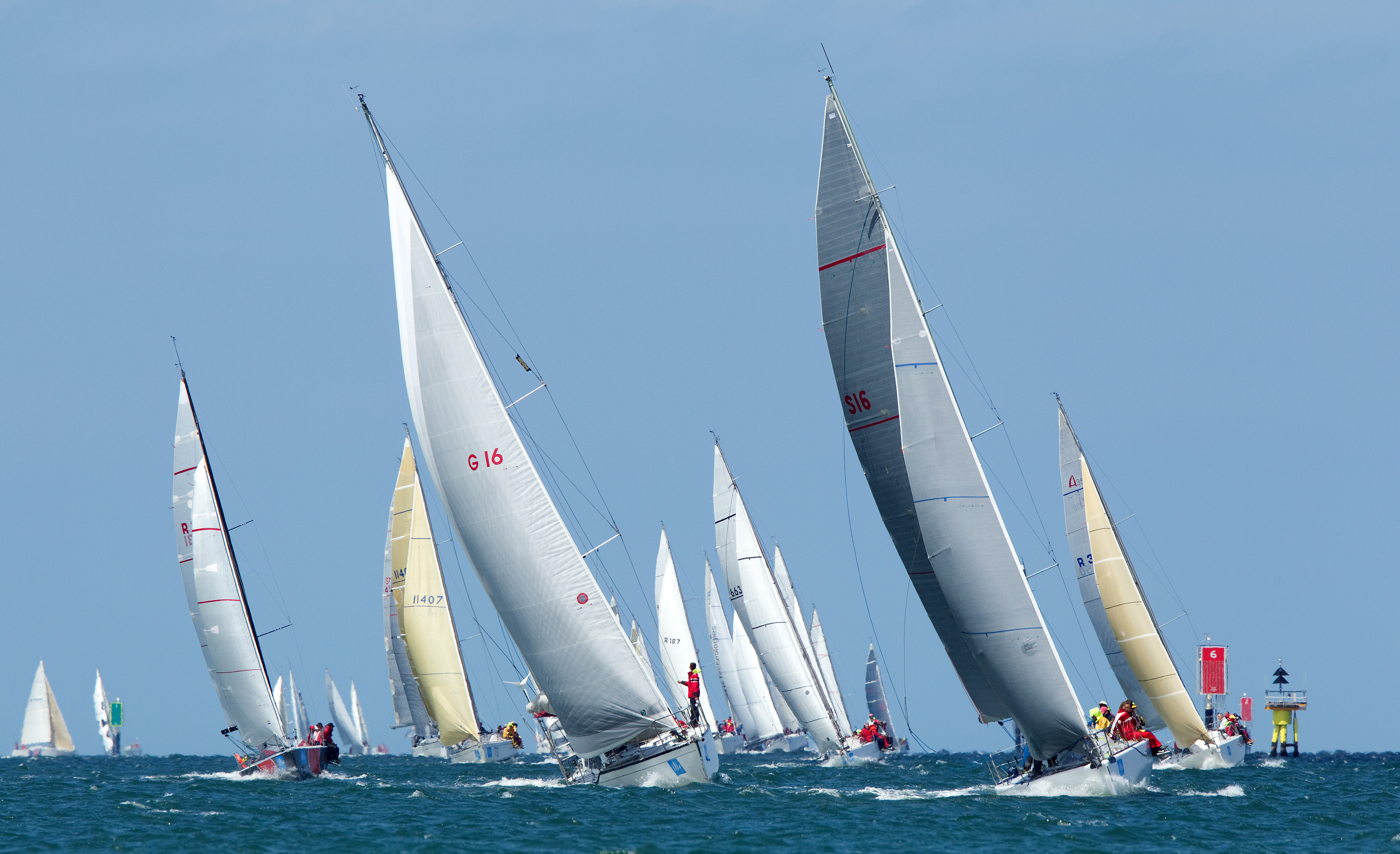 Posted by New Tack | Festival of Sails | No Comments

The Preliminary Regatta Schedule is now available for the 2015 Festival of Sails, see below. 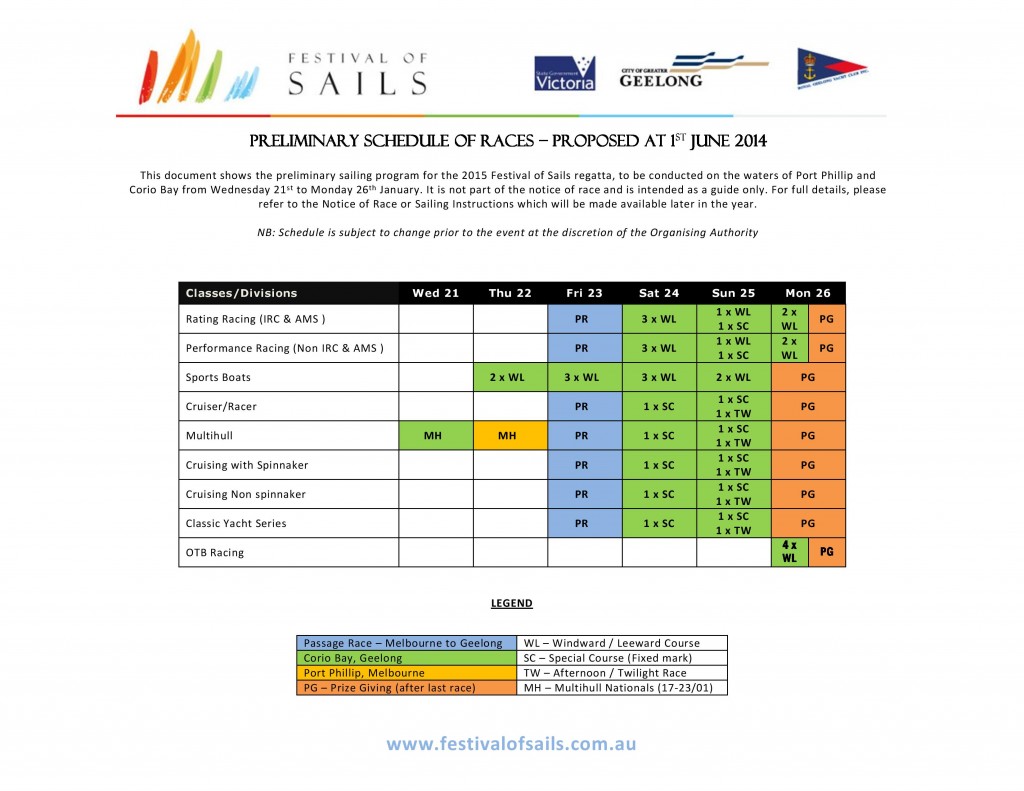 Note, One design classes can be included as a stand-alone series with sufficient entrant number.

Are you interested in having you class included for the event this year and can’t see it below? The Festival of Sails is a fantastic chance to get a real competition happening between you and your fellow boat owners – and we want to hear from you! Please email the Regatta Manager Peter Kirman at regattas@rgyc.com.au or call 03 5229 3705 to further discuss including you class. 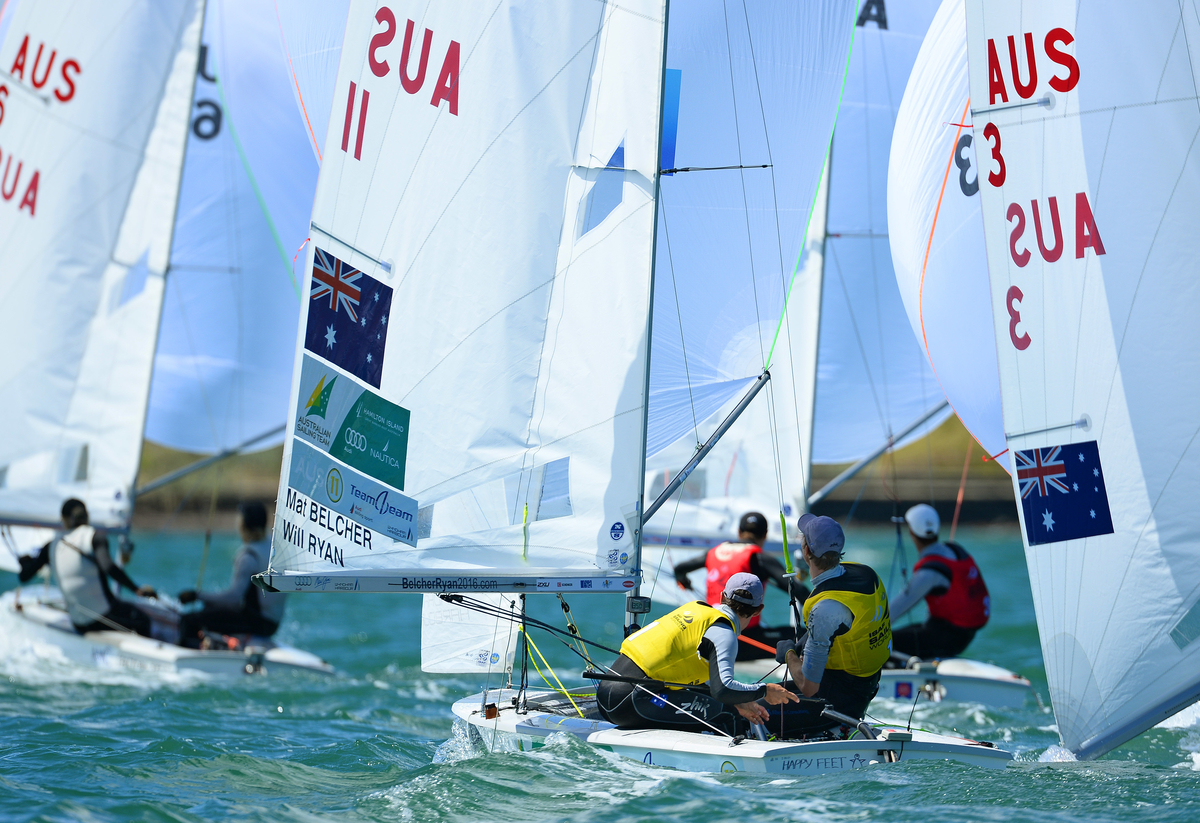 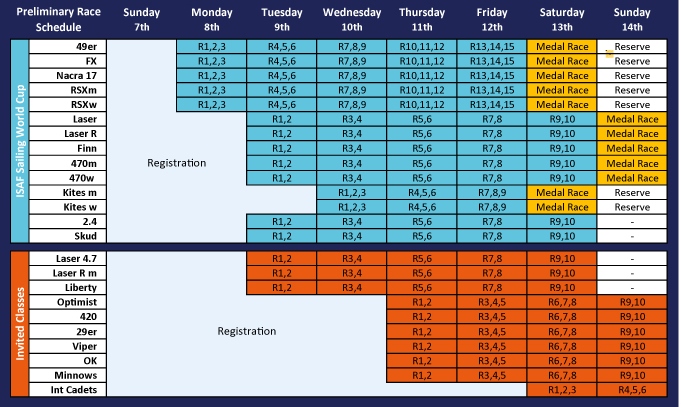 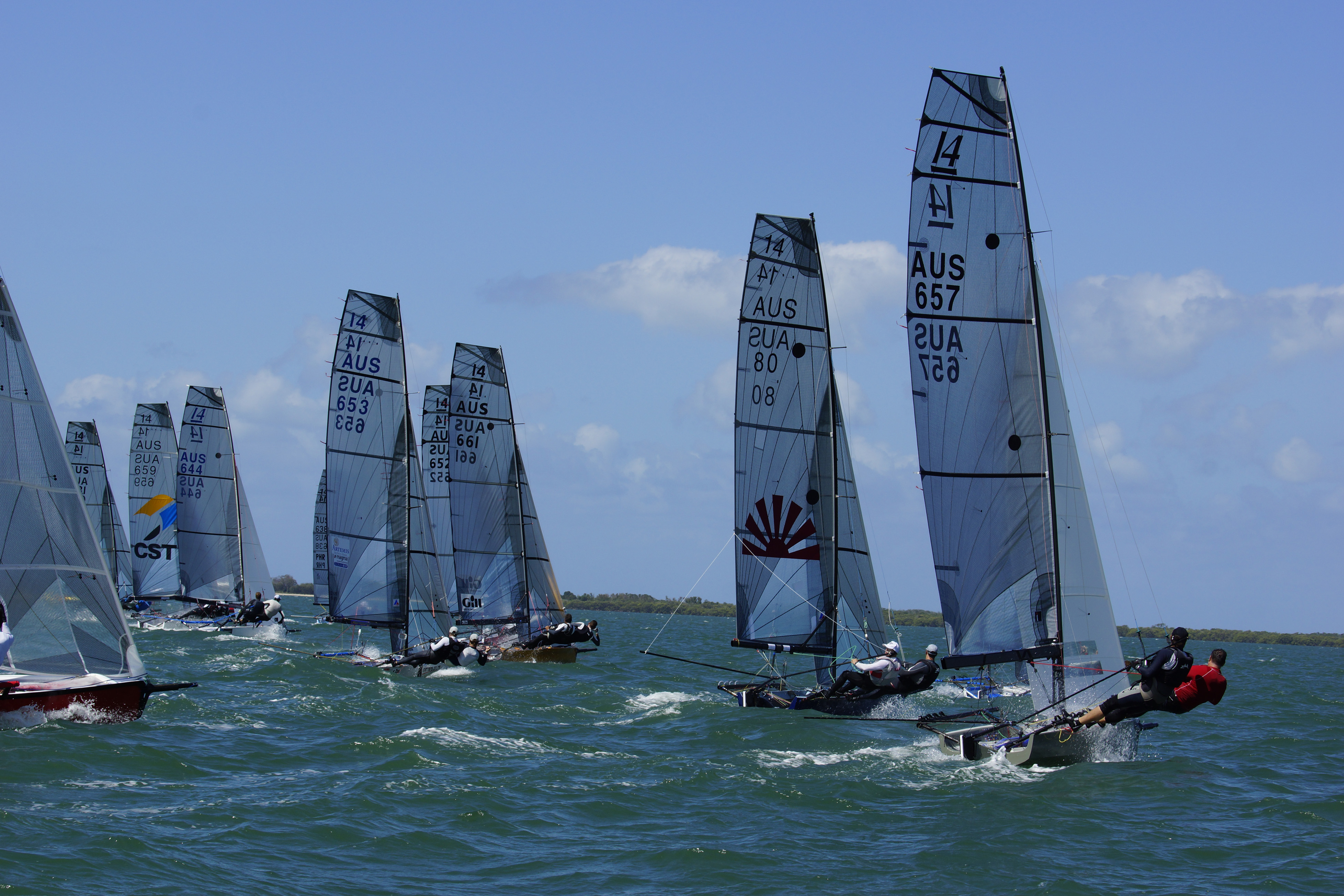