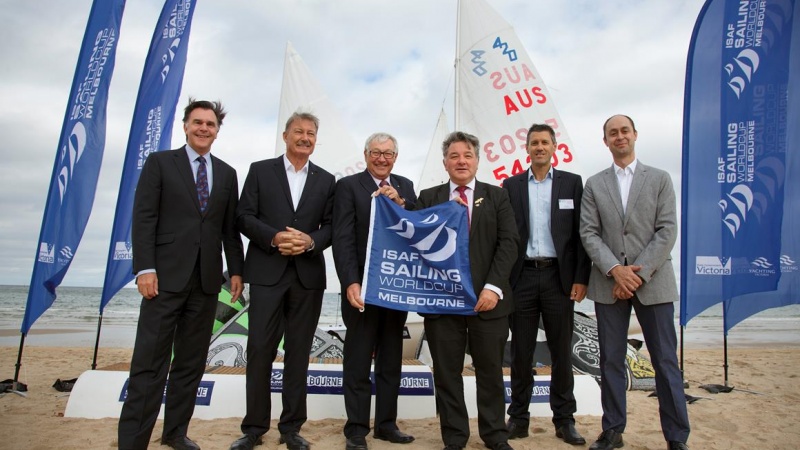 2015 ISAF Sailing World Cup – Melbourne, will see the cream rise to the top when Olympic aspirants set out to earn valuable qualifying points on the next step in their quest to compete for their country at the 2016 Rio Olympic Games.

The first regatta of the 2015-16 ISAF Sailing World Cup runs from December 7-13, and will take place at its new home, the St Kilda Sailing Precinct, located on St Kilda’s bustling foreshore.

St Kilda attracts visitors from around the world, keen to soak up the atmosphere of cafes, restaurants, beaches, live music venues, art and shopping – the precinct delivers it all.  Events of this calibre continue to place Victoria on the world stage as a leading international sailing destination and Victoria as Australia’s sporting capital.”

Event Chairman: Mark Klemens says: “The Sailing World Cup Melbourne is the ultimate off-the-beach sailing event on the Australian calendar and with the Olympics almost upon us, it will no doubt attract the very best sailors in the world. Our new home in St Kilda, a picturesque entertainment hub of Melbourne, will significantly increase public participation and enjoyment of this special event, and create a genuine carnival atmosphere. Sailing has never been more exciting and I am delighted and proud to contribute to its future here in Australia. I encourage everyone to “get on board“.

Event Director: Mark Turnbull OAM says: “We are very excited about the move to St Kilda and look forward to showcasing our fantastic Olympic sport and great athletes to the wider public.  We are planning many changes to this year’s Event to make it more approachable and understandable to the public, and exciting for the sailors, whether they be our current Olympic heroes from London 2012, or the next generation of young sailors racing in the Youth and Invited Classes regatta alongside their heroes.